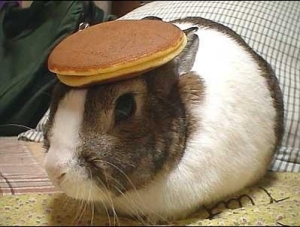 How did I know I wanted to be a writer? Well, I could tell you all about how I hated writing in high school, then dabbled and fell in love with it in college, then abandoned it for a few years, then came back to it during the most soul-killing portion of my life (office temp work) – but to be honest, all that’s kind of a snoozer. What’s really fascinating is where it all began, when, at the age five, I reached into the deepest, darkest reaches of my young soul, dreamed up this little nightmare, and submitted it to my local library’s yearly children’s magazine. Which, beyond all rhyme or reason, they actually published. Ladies and gentlemen, I give you Poor Rabbit:

Now, you may be asking yourself this very simple question (as I have, many times): What in the name of all things holy was wrong with me? What, in my tiny 5-year-old brain that had known pretty much nothing but sunshine and happiness and that really cool sandbox in preschool that was filled with not sand but rice, prompted me to write such a bleak, hopeless, existential Cormac McCarthy-esque story? 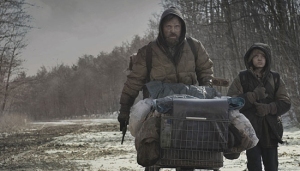 Of course, those aren’t the only questions. FAR FROM IT. For example, what constitutes a friendship in the forest these days? Merely saying “Hi, who are you?” Is that the magical phrase that wins you a bestie for life? And what kind of idiot rabbit would stop in the middle of a run for his life to itch himself? (I didn’t indicate where on his body the itch was, but I think we can all draw the same conclusions here.) And could I really not think of any better way to label these guys than “rabbit that had an itch” and “rabbit that didn’t have an itch”? How about throwing us some names, little Gina? How about Bernie, or Consuela, or Captain Itchypants? Anything would do! 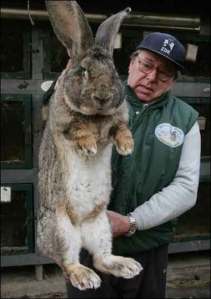 or Gigantor, the Rabbit Who Will Eat Us All

Okay, I shouldn’t be so hard on myself. I was only five. Watership Down had already been written; I wasn’t exactly breaking the mold on depressing rabbit stories. But still, where did all this darkness come from? My mom asks me this all the time. “Did something…you know…happen?” she’ll ask, raising her eyebrow in that motherly way that really means “Were you tempted into a windowless van by a stranger offering you Dunkin’ Donuts chocolate Munchkins?”

Well, no, I wasn’t, but for the record maybe you shouldn’t have trained me to love those things so much, MOM.

The point is, I have no idea where it came from. True, I had a fairly active imagination (staging entire one-woman productions of Annie in my backyard was just one of my many childhood talents), but the gloom and doom – no clue. I had never known anyone who died. I barely knew what death was…other than a heck of a great way to end a story!

Whatever the reason, the death fixation seems to have followed me through my career, all the way up to now. Because if you think about it, Croak really isn’t too far off from Poor Rabbit. Croak, too, has good guys and bad guys, lifelong friendships (maybe slightly more meaningful than the rabbits’), thrilling chase scenes, weaponry, heartbreak, and of course, death. Heaps of death, because that is apparently my thing.

At least I gave the poor characters names this time.