Les Miserables: The YA verison 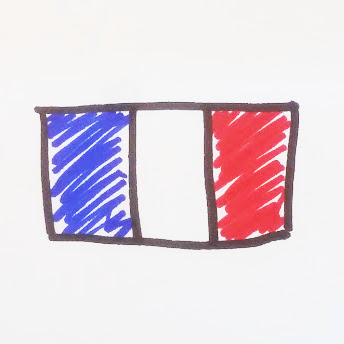 A few weeks ago I was lucky enough to participate in an amusing panel at the New York City Teen Author Festival called “The Secret YA Lives of Adult Characters”, where we authors were tasked with transforming a classic work of literature into an excerpt you might find in a YA novel. I chose Les Misérables, and for those of you who weren’t able to attend, I thought I’d slap my entry up here on the blog for you to read as well. Enjoy!

Cosette bounced gleefully down the hall to her locker. Senior year couldn’t have got off to a better start. She’d aced her SAT’s, been named captain of the cheerleading squad, and recently started going out with Marius Pontmercy, star quarterback of the football team at France High. The only thing that could bring her down were the increasing hostilities between the werewolf authorities and her own vampire peasant class. Javert, Chief of the Wolf Police, had recently devoured a street urchin in broad daylight–but honestly, how could she think about all that nasty political upheaval when she was in loooove?

She opened up her locker and swung the door open, beaming at the photos she’d hung of castles and clouds and her dead whore mother. After pulling out her textbooks for her next class, she closed her locker, only to find Marius standing behind it.

“Oh! You startled me,” she said, giggling coquettishly.

“That’s what I do,” he purred, stroking the flawless surface of her cheek with his strong, also flawless hand. “I startle.”

They kissed for several minutes.

“Can I see you tonight?” Marius asked. “I’ve got an uprising to lead, but I might be able to sneak away during intermission.”

“I wish,” she said, frowning, “but I promised my dad I’d help him steal more bread. We’re robbing a bakery. I wish you could come!”

Marius pushed her hand away and adopted a tortured pose. “Curse the gods above for forcing me to choose between love and the vampire revolution!”

“Oh, don’t talk like that! We’ll be together no matter what. Nothing and no one can come between us!”

Both Cosette and Marius jumped. Eponine belonged to the only class lower than that of the peasant vampires–the trolls–as evidenced by her warts, bad teeth, bug-ridden hair, and poor social skills.

“SILENCE, BASIC WENCH,” Eponine blared. “MARIUS, DO YOU WANT TO SMUSH YOUR MOUTH INTO MY MOUTH?”

“HOW ABOUT LATER? IT’S SUPPOSED TO RAIN. WE CAN WALLOW TOGETHER IN THE JUICES OF THE MUD AND THE RAW SEWAGE. IT’S GOOD FOR THE SKIN.”

Marius hurriedly gave Cosette a peck on the cheek and hurried down the hallway. “I really must be going, lest I be late for wood shop. We’re building a barricade from the discarded sets of lavish Broadway musicals. Au revoir!”

“DON’T FORGET TO USE PLENTY OF CORPSES TO FILL THE GAPS!” Eponine shouted after him. “THEY REALLY SEAL IN THE JUICES!”

Cosette glared at her.

“You are sooo foul,” Cosette said with disdain. “I sooo can’t believe I was ever friends with you.”

“OH, GROW A PERSONALITY, HO-SETTE. MARIUS WILL BE MY BOYFRIEND/LOVER/BOIL-REMOVER.”

Cosette sniffed the air. “Did you–did you just soil your pantaloons?”

“IT’S A SOON-TO-BE-FREE COUNTRY! I CAN DO WHATEVER I WANT TO MY PANTALOONS!”

Eponine was undaunted. Defiantly holding the gaze of her horrified classmates in the hallway, Eponine pulled up the edges of her shirt, revealing a brassiere decorated with the colors of the French flag, and, spraying her classmates with spittle, screamed, ” VIVE LA JUICES OF FRANCE!”